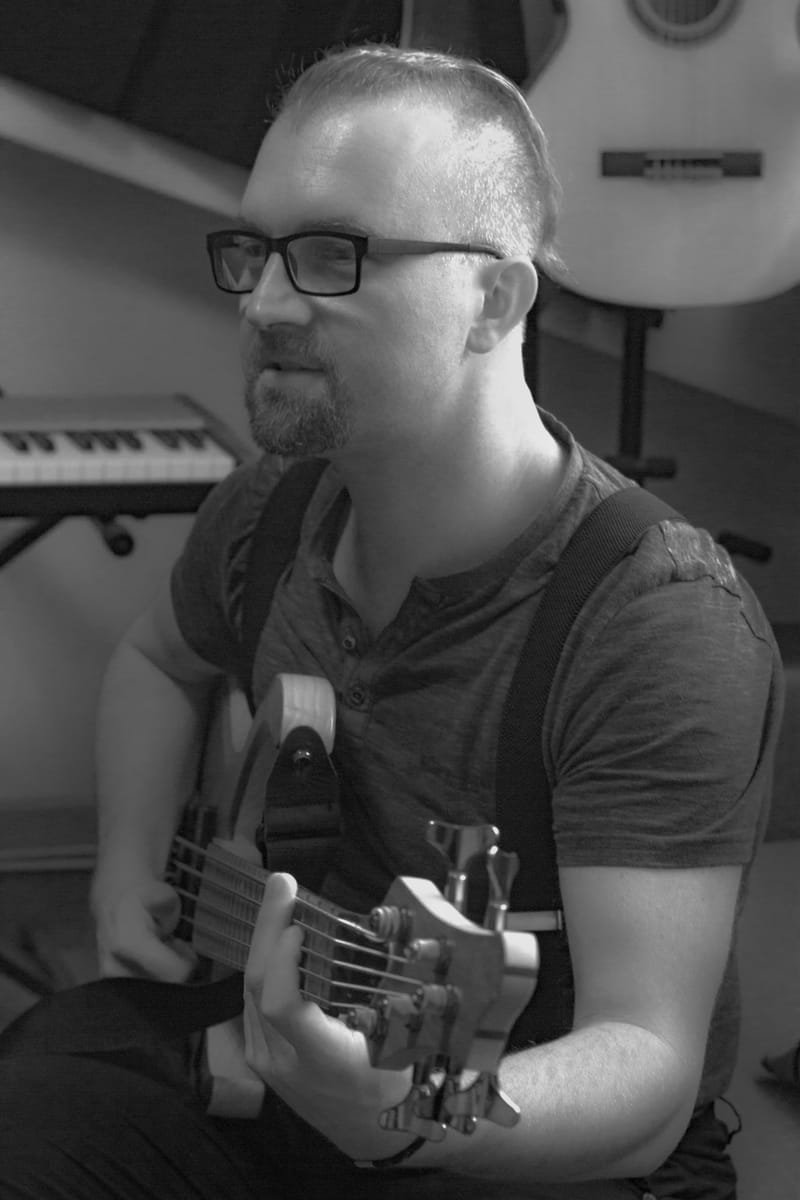 When it comes to sophisticated recording techniques, multitrack editing and mixing, Aleks is in his heaven. He’s been playing the violin since the age of 6 and guitar from a little later onwards. Furthermore with over 20 years of experience, Aleks is more than happy with his job. He has had 3 big spectacles as a music producer, over 100 concerts as a bassist (incl. fretless) and countless arrangements and recordings for various artists. Moreover, Aleks has released film and advertisement music. Nushev is the arranger and the recording engineer of the album “Through the eyes of the sun”, which reached top 20 - best Ethno-world music album in may 2014 (Europe and Africa).

Since 2014 he is head of Students Radio Studio in Sofia University where he teach Audio montage and sound design for Media.
He composed music for seven films ("35 mm", "Fire and fervor", "Bulgaria's Flight," "Six Eight One", "Pictures of Bulgaria", "Unknown direction" and ) for Television, Off Line Production, Film Studio and NFC, as well as many classic compositions, remixes of folk, popular songs and many others

Belonoga - Through the Eyes of the Sun

Belonoga - Through the Eyes of the Earth